The Four Basic Movements of Training 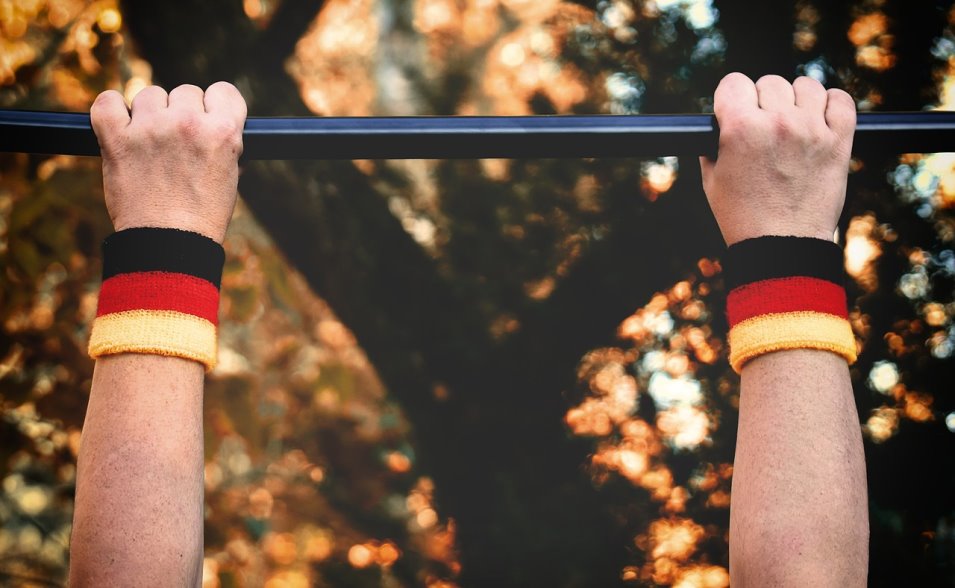 15 May The Four Basic Movements of Training

If you’re new to strength training, you might find yourself overwhelmed with the number of routines and the sheer volumes of advice out there. Sets. Supersets. Intervals. Circuits. Split Routines. Compound Sets. Body Weight. Free Weights. Machines. Bands.

It’s a lot to think about.

So, here’s the very first rule you must keep in mind at all times:

EVERY TYPE OF STRENGTH TRAINING IS EFFECTIVE

Yup. It’s true. They all do the same thing, but they do it in different ways. Part of the problem is that some conditioning gurus believe one way is better than another. It then becomes the fault of the exerciser if their routine plateaus and stops progressing.

In reality, the main reason you would need to know about all these different types of strength training it’s so you can break through plateaus. The best fitness experts will tell you, you don’t need to focus on just one type of training. In fact, to gain the most benefit it’s actually worthwhile switching up between systems.

But where do you begin?

THERE ARE ONLY FOUR MOVEMENTS IN STRENGTH TRAINING

I know, I know. This sounds like a complete departure from everything you’ve ever heard about training, right?

Well, the simple reality is that every workout movement consists of some variation of these four basic principles of structure and movement:

To put this in a frame of reference for typical movements from a workout, these would be:

Now, if you don’t believe that an entire workout can be based on just these four movements, give some consideration to the variations:

1. Push Up: Involves pushing away, using your triceps, deltoids, frontal lats and pectoral muscles. This same sequence of activation can be triggered in any form of Bench Press, including Dumbbell Presses. It also appears slightly modified in any kind of Shoulder or Military Press. Dips further refine the movement, specific to lats and triceps. Triceps movements like Pull Downs, Overhead Extensions and Skull Crushers are isolated arm variations that accomplish the same movement (that is, straightening the arm).

2. Pull Up: Your basic Pull Up in an underhand grip is the reverse action on the upper arms, using the biceps to draw weight into the torso. This action also engages the rear deltoids and lats. Switching to an overhand grip (Chin Up) places more emphasis on the upper back. Both then become variations of a rowing movement, which can be done with a rowing apparatus or in a bodyweight row. Biceps Curls target the biceps through this movement.

3. Squat: A properly executed Squat is not merely a sitting movement for the quads. It engages the quads, of course, but requires also that the glutes become engaged for a sort of cantilever balance. This, in turn, engages the hamstrings and the lower back in reversing the movement. To this effect, Hamstring Curls are a function of bending the knees, while Leg Extensions are a function of straightening the knees. Kick Backs are the same multi-point action as a Squat, but excuted from a crawling position. Lunges are Squats that isolate one leg at a time.

4. Crunches: The Crunch is simply bending forward at the waist to apply resistance to the rectus abdominis. Sit Ups do this. Leg Lifts do this. Hanging Leg Lifts do this. With minor adjustments, the obliques can become engaged (although they do engage to a certain extent in bracing against Pull Ups, and in stabilizing Push Ups).

For beginners, this information is crucial because these bodyweight movements alone can set you up for a baseline of strength that can get you ready for more challenging workouts. For more experienced trainers, having this trimmed down version of all those complicated workout strategies actually makes a lot of sense as well. If you have to miss a full workout, you can still throw a set together that works everything in just four movements. It might not be as intense or as isolated, but it will work.

The very beginning stages might be uncomfortable for some beginners, so here’s a sample workout to get you started. Do this as a circuit (one exercise after another), and do the circuit three times through. Rest 60-90 seconds between circuits.

Do this routine every other day, or Monday, Wednesday and Friday. This will give you a good baseline of conditioning. If you can do 10 of each for three full circuits as prescribed, try increasing the reps or decreasing the time it takes you to do them in order to increase the intensity and boost your metabolism. Once this whole thing becomes easy, you’re ready to tackle just about any resistance training program you, or your trainer, can put together.