How to Get Exactly What You Want 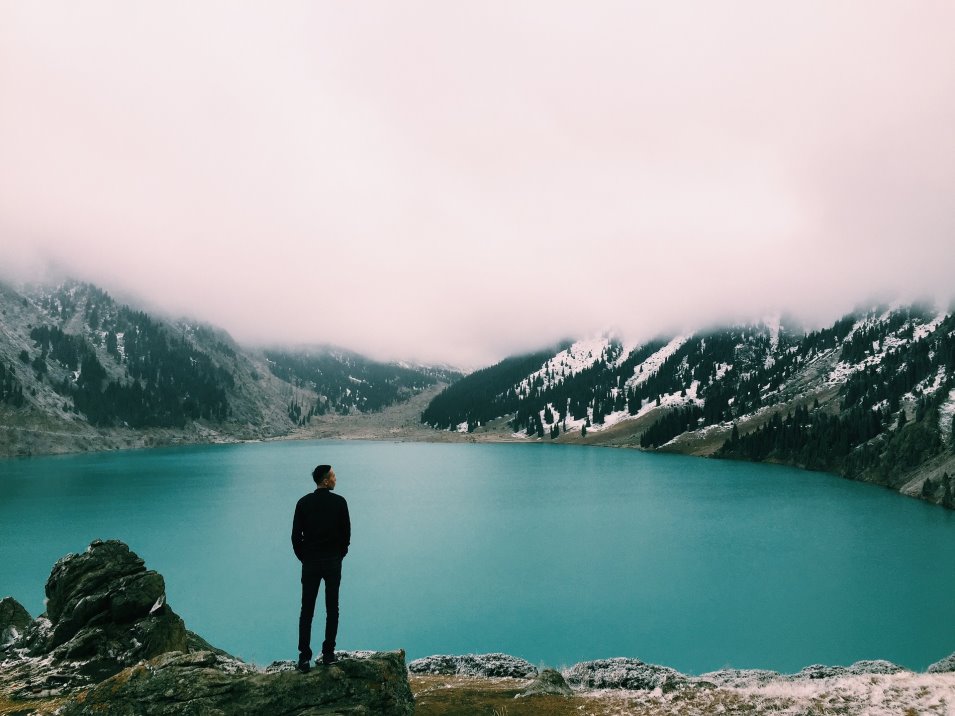 13 Jun How to Get Exactly What You Want

J. Paul Getty was quoted for his formula for success: “Rise early, work hard, strike oil.” I’m a huge supporter of the practice of rising early (and if you’re not, you probably should be). But regardless of when you wake up, the other two actions in this formula are “work hard,” and “strike oil.”

When I first ran across this quote ten years ago, I had to laugh, because it looked like Getty was saying you have to work hard and hope to get lucky. But a decade later, I can see the more relevant meaning, and I’m about to share with you why Getty’s concept, perhaps more than anything else you might ever read, could be what gets you everything you want for the rest of your life.

It’s all about your expectations

In short, it all comes down to your personal expectation as to whether or not you’re going to strike oil. That’s it. That’s where it all starts. I can say this because that’s how reality works – you’re not going to get anything if you don’t work hard to achieve it. But you’re not going to work hard in the first place unless you have a strong enough expectation that you’ll be successful (or at least be successful at learning from the experience).

This is just how life works. Your motivation to take action, and to follow through until the job is done, is directly proportional to your belief that you will succeed. (Side note: In some cases, the belief in success isn’t even necessary – instead, you might be motivated by the fact your action will serve a higher cause, such as a ‘failed’ protest sparking a larger public awareness down the road).

If you break this concept down to the simplest parts, what you have is this: When you believe strongly enough that you will succeed at something, success is practically guaranteed – not because your belief creates the result, but because you don’t give up taking action on a massive level until you get what you want.

When you believe that success is inevitable, you are able to put aside the idea that “failure,” in the conventional sense, is a bad thing. Instead, it’s just a specific attempt that you can learn from. Another life lesson to be accepted and consumed, not feared.

That unwavering belief lets you focus your thoughts on questions like “How can I ? ?” rather than “Why can’t I ? ?” The perspective of certainty gives you the ability to see obstacles as not these things that stand in your way, but instead as challenges that fuel your growth.

There’s an old saying: “What would you attempt if you knew you could not fail?” While it sounds good on the surface (and it is, don’t get me wrong), it’s not perfect. Sure you could say what you would attempt if you knew you couldn’t fail, but that doesn’t help you when your brain is shouting, “Hey dummy, you’re probably going to fail, don’t you realize that?” The original question is a good start, but it needs to be taken a step further.

Instead of wishful thinking about what “could” happen, I’ve found a better question is more along the lines of “What will you attempt knowing that you will ultimately succeed, despite all the ‘failures’ that are sure to come along the way?”

Because, face it, life is going to throw some pretty rough stuff over to you. You’re going to have a lot more “go wrong” than you’d ever hoped for. But striking oil is about drilling deeper, even if you hit a few rocks along the way. In fact, the expectation is that you have to do a lot of drilling before you tap into that pocket of oil.

So let’s talk about setting expectations. An expectation, in it’s most literal sense, is a certainty that a specific result will occur.

If you’ve got a major goal that want to achieve, you need to have at least five things straightened out before you can really attack it full force.

#1 – You have to have the expectation that you, specifically you, can achieve this goal.

This one is a biggie. People typically have a lot easier time believing something is “possible” than believing it’s “possible for them.” They don’t fully believe that they will be capable of achieving a goal because they are missing something – the time, the talent, the resources, whatever. They have an unwritten expectation that they will not be one of the people who “has what it takes.”

That’s a load of garbage. If you believe that, even just a little bit, then it’s going to seriously damage your ability to take action. You’re never going to give 100% and stick with it until the job is done. If this is you, you need to fix this first. (Stay tuned for an upcoming article on how to do just that. I’ll link to it here when it’s ready).

#2 – You have to have the expectation that you will close the resource gap, no matter how wide it is.

This one is also a biggie. It’s easy to look at a large goal and feel like the distance between it and you is too wide. After all, how can you compete with the biggest successes in the world, who are already established? You can find out how by studying the people who do it every day, like skinny, broke college kid Michael Dell who took on IBM and Hewlett-Packard (and is still winning). If you’re reading this years from now, a hundred other stories just like his will have come and gone.

You have to, have to, have to believe any resource gap can be closed. A lack of time, money, manpower, connections ? it all doesn’t matter, because there’s a number of creative solutions out there that you’re going to come up with to overcome all that.

If you don’t believe the resource gap can be closed, it won’t, because you won’t take full-out action to make it happen. But if you have the expectation that it will eventually be resolved, guess what’s going to happen. (Again, stay tuned for an upcoming article on how to do just that. I’ll link to it here when it’s ready).

#3 – You have to have the expectation that you will find a solution to every problem that will inevitably come your way. Every one.

You can’t guarantee a problem-free life. But you can guarantee that you see a ‘problem’ as an opportunity, so rather than being drained by the challenge, you are energized. Chew on this and decide how you’re going to make this shift in thinking. (In the meantime, bookmark this post and check back later to find a link to an upcoming article on how to do this.)

#4 – You have to have the expectation that every action you take matters. Every damn one.

This is critical. When you think taking action won’t matter in the long run, you simply won’t do it. But when you recognize that action accumulates – that the pyramids are built brick by brick, and every one matters, you’ll be willing to take action even when you don’t feel like it and your heart’s not in it.

Remember, everything you matters. If you don’t think it does, then you need to make that shift as well. Stay tuned for an article on that.

#5 – You have to believe that you can accelerate the process of getting to your objective.

This one’s my favorite. As you improve the discipline of following through and taking action on a consistent basis, you’ll want to find new forms of leverage to make the journey to completion a lot shorter. This is what “Million Dollar Leverage” is all about.

By holding onto the firm expectation that you can find ways of leveraging all your resources, you’ll be subconsciously looking for ways to make that happen, and as a result you’ll find a lot more of them. And that will get you to your goal faster. Much faster.

So, I hope I’ve sold you on the power of expectation to get what you want – to strike oil, whatever that means to you. If not, then read this article again and again until it sinks in. And then put your expectations to the test and get them correctly aligned. It’s a bit of work, but if you do it you’ll start seeing better results than you’ve ever seen before in a lot less time than you might imagine (unless your expectation is to see results right away :).

So get a pen an paper and get your expectations put in writing so you can drill them into your brain and use them to your advantage. Do it now – you’ll thank yourself for it.